The other day was blustery and rainy, and Murlough Nature Reserve had become a quagmire when Dad and I walked Cooper there. But our boots didn't only get muddy, we got dog poop on them as well, from where other dog owners hadn't bothered to clean up.

Dad got to the sink first to clean his boots. As I watched with dawning horror, he ran the hot water over the soles of his boots, then grabbed the dishwashing brush to scrub the enrusted crap out of the grooves.

"I didn't realize you used that to clean your boots with," I remarked, trying not to sound too disgusted.

Not even going to answer that. "I think there's another brush under the sink." I rummaged around and found a brand new unused one. Holding it up triumphantly I declared, "Okay, this is the new dishwashing brush. That one is your boot-cleaning one."

"Sure, a bit of mud never hurt anyone," he grumbled.

Yes, I'm sure a bit of mud never hurt anyone ... it's the other stuff I'm concerned about!

The next time it rained while we were out he rushed to the sink. "Oh, goodie, a nice new brush to clean my boots with!"

I lunged and rescued the brush. "Don't you dare!" I chastised, even though I knew he was winding me up.

The brush event came on the heels of me discovering Dad wiping the floor, (where all kinds of filth ends up and the dog routinely licks) with the sponge I normally use to wipe the kitchen counters. Ick! The gods only know what else he has used it for! I dread to think.

Wait, I do know. Cooper rolled in some vile-smelling combination of decomposing corpse and ancient animal feces. The stench was unbelievable. I walked into the kitchen to find Dad wiping the dog's fur with that sponge ... !!

I immediately purloined a drawer in the kitchen where I hide a couple of sponges so I know they're only used for countertops. (I must have a great immune system by now!)


Dad throwing Cooper a stick at rainy Dundrum Bay, with Ballykinlar in the background 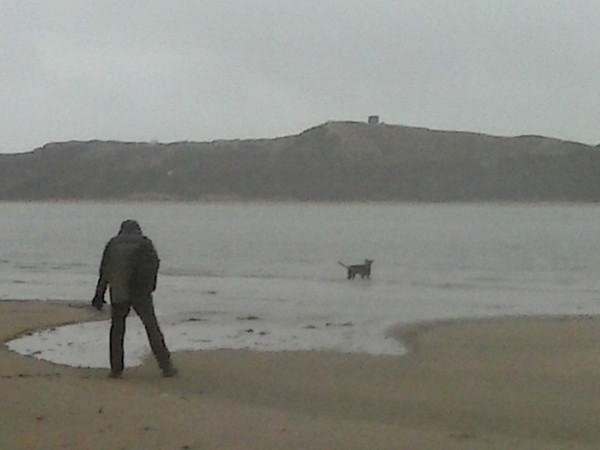 Cooper feels 'neither snow nor rain nor heat nor gloom of night...' 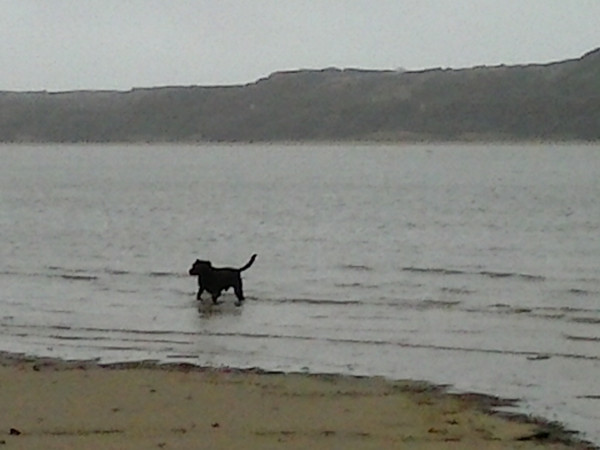 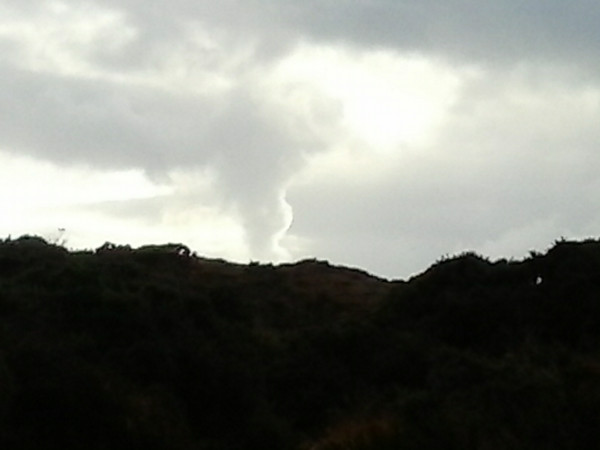